We are introducing Gen 3! 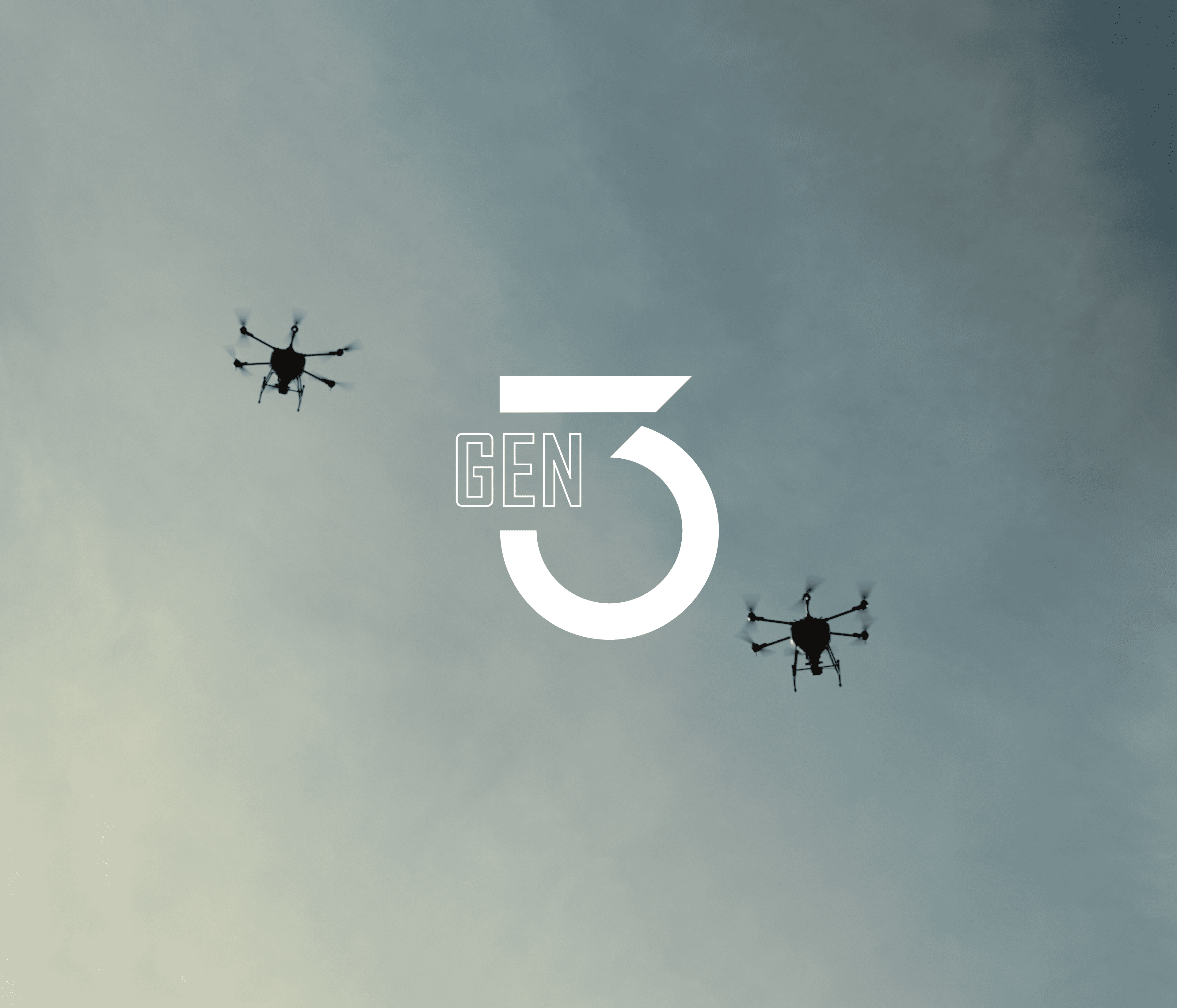 For the last 5 years, the deforestation rate was estimated to be 10 million hectares per year. There is currently over 2 billion hectares of degraded land, causing increases in carbon dioxide in our atmosphere and loss of biodiversity. The rate of land degradation today is still higher than land restoration. At Dendra, we took on the challenge to reverse that and today, we’ve achieved a milestone.

‍We are introducing Gen 3, the new generation of aerial technology, including systems and drones, that will revolutionise our capabilities to restore ecosystems at scale. The Gen 3 technology enables us to re-balance the situation, tipping in the favour of restoring biodiversity and sequestering carbon at scale.

Each of our Gen 3 seeding drones is able to reseed up to 60 hectares per day, carrying 700 kg of daily payload, rehabilitating land 11 times faster and a third cheaper than traditional methods of remediation. It means that we could spread at least 420 million seeds every day, containing up to 53 different species.

All our Gen 3 platforms are made to be flown in a swarm by a single flight team, more than doubling our capabilities. With 10 drones flying in a swarm could plant as many as 300,000 trees per day. Imagine the potential biodiverse forests and habitats that we could restore at scale.

Planting a seed is just the first step, we have to make sure that it germinates and grows as expected, that the native species are thriving and that invasive species are under control. Visualising and understanding ecosystems with precision is critical to effective planning and monitoring restoration projects. The faster we can detect what’s happening, the faster and better we can react to identify the best course of action.

Our new Gen 3 drone fleet can capture environmental data and visualise ecosystems with ultra-high-resolution quality at an unparalleled scale in the re-greening space. One single drone is enabling us to collect 300 hectares of data every day, equivalent to 400 football fields. With swarm and system improvements, each team could be capturing 750 hectares per day in the next few months.

Our technology helps conservation managers to see the land thousands of times more accurately than conventional satellite imagery. The AI-based technology can then help to identify and map every species on every square metre, for accurate weed management and proactive stewardship. Using ecology-driven data science, environmental managers can build up an extremely detailed insight into every aspect of the land’s condition, with trends mapped so that work can be planned even more effectively.

Dendra Systems was founded to capture data about the land, turn it into insights about the ecosystem so that we can identify early risks like erosion or invasive species before they derail restoration work and then take action at scale. Technology, with the possibility to make exponential change to our world, is needed if we are to restore the truly staggering amount of land that has to be remediated. For the first time, Dendra’s Generation 3 technology will dramatically speed up and reduce the cost of the work ecologists and land managers can do. It allows us to map at scale with greater depth and precision, and also to seed 10 times more land with each flight.

By creating the tools needed to power scalable ecosystem restoration, we empower humanity to restore the balance of our natural world and prepare our planet for a better tomorrow.